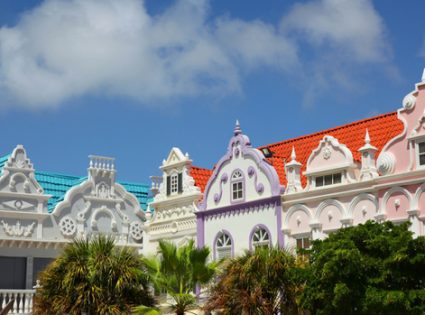 On the small and beautiful island of Aruba, there are endless sites and attractions for tourists to discover. Get to absorb Aruba’s culture, heritage, and natural scenery by visiting historical landmarks or taking a swim in some of the world’s best beaches. Without a doubt, you will experience Aruba’s natural beauty anywhere you go on the island! Aruba is perfect for any vacation whether it be for families, couples and adventure seekers.  Here we provide the best top 10 attractions for tourists to explore in Aruba. 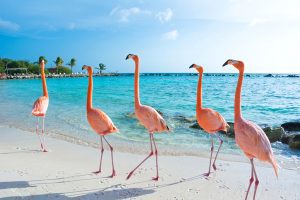 Beaches surround Aruba with powder-fine, white sand. They are considered to be among the cleanest and most spectacular ones in the Caribbean. Some famous beaches that cannot be missed are Eagle Beach, Palm Beach, and Baby Beach. 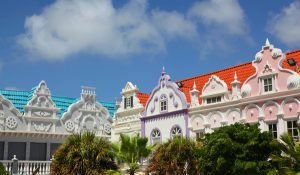 Oranjestad, the capital of Aruba, is home to many colorful buildings, casinos, shopping, restaurants, and hotels. The city boasts excellent examples of Dutch colonial architecture. The city offers a free trolley ride through the downtown sector that stops at tourist locations. 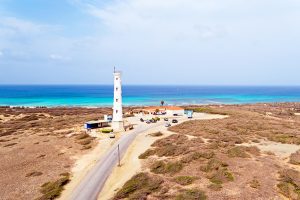 The California Lighthouse is located on the northwest tip of the island and offers fantastic views of the island. This historic landmark was designed to warn ships away from the Caribbean coastline and was named after the ship “California” that wrecked nearby in 1891. 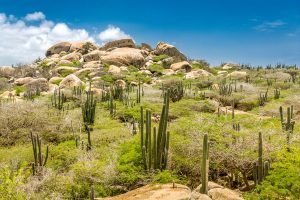 Arikok National Park makes up almost 20 % of the island and requires a vehicle to explore. The park is located on a rugged coastline. If you’re into archaeology, be sure to stop at the Fontein Cave, where you can view Arawak Indian pictographs on the cave walls. 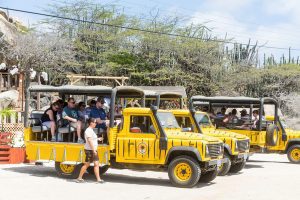 To explore Aruba’s countryside and rugged north coast, be sure to hop on an open-air Jeep arranged by Aruba’s no.1 Jeep tour company, ABC Tours. ABC Tours has developed a solid reputation among tourists for its knowledgeable tour guides and exciting excursion trips. 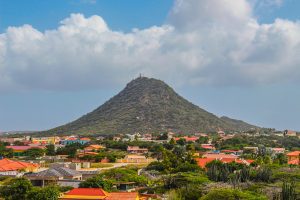 Hooiberg is a volcanic formation that sits in the middle of the island. To reach the top of Hooiberg, you will need to climb about 500 steps, but it can be hot. Schedule your climb in the morning for reasonable temperatures. 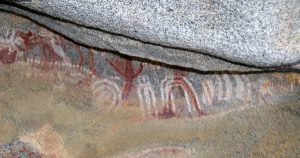 Located relatively close to Hooiberg, you will find two unique rock formations: Casibari Rock Formation and Ayo Rock Formations. Both rock formations are free of charge for visitors. You won’t need more than half an hour at either formation, but they’re something worth exploring. 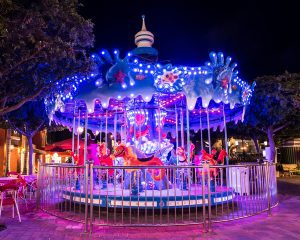 Known as the Sunrise City for its location at Aruba’s southeastern tip, San Nicolas has rich multicultural roots. The streets are full of art, and the sounds of Caribbean music, like Calypso and Tumba—especially during the Carubbian Festival held every Thursday evening from June to December (6-10pm).

Situated on the island’s north shore and northeast of the town of Noord, Alto Vista Chapel is a small Catholic chapel founded 250 years ago by the Indians and Spanish. 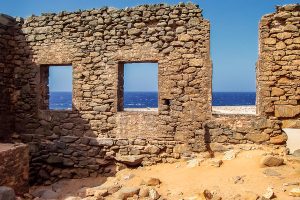 Located on the northern coast of Aruba, this historic site hints at the island’s relatively unknown gold rush. The ruins, built from natural stone, were once used by pirates as a hideaway. Gold is even reflected in Aruba’s name, which roughly translates to “there was gold.” At this historic site, stone ruins stand in the middle of a vast expanse of untouched land.