Brazil is the largest country in South America and fifth largest in the world. Famous for its football (soccer) tradition and its annual Carnaval in Rio de Janeiro, Salvador, Recife, and Olinda. It is a country of great diversity, from the bustling urban mosaic of São Paulo to the infinite cultural energy of Pernambuco and Bahia, the untouched wilderness of the Amazon rainforest and world-class landmarks such as the Iguaçu Falls, there is plenty to see and to do in Brazil.

Owing to Brazil’s continental dimensions, varied geography, history and people, the country’s culture is rich and diverse. It has several regional variations, and in spite of being mostly unified by a single language, some regions are so different from each other that they could have become different countries altogether.
Read MoreRead Less 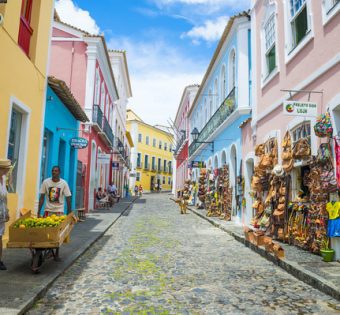