5 Reasons Why You Should Live in Developing Countries 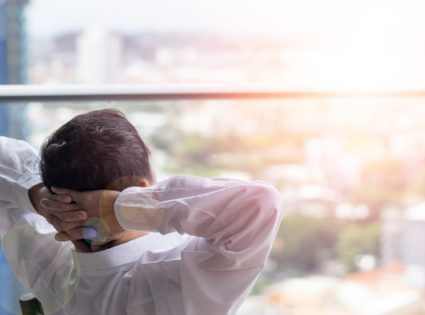 Sometimes, there’s a little too much talk about how ‘travel has a deeper meaning’. So to lighten the mood, I thought I’d give you five very practical, non-spiritual reasons why you should hit the road and live city-to-city in developing countries.

This may sound a little facetious at first, but by the time you get to #5, you’ll be ready to pack your bags.

It makes no sense that millions of people pay for bottled water (given they all have taps), but insist on spending hours per week washing and ironing their own clothes. It’s complete madness.

In developing countries, it costs as little as $1.00 to have ALL your clothes laundered, dried and ironed. $1 for Pete’s sake! It’s win-win because someone gets paid and you don’t have to do your own laundry. This is reason enough to never live in a developed country again.

Same as above. In a capitalist society, what sort of person cleans a house without being paid for it? Even house cleaners wouldn’t clean there own home (I have that on good authority). Yet, we spend hours per week cleaning our own homes (or at least procrastinating over it).

In many developing countries, it can cost as little as $20/month to have someone clean your house EVERY day. Again, it’s win-win! Someone else gets paid, you don’t have to clean, and they do a better job than you ever would.

When life is good, cooking fades into the background as the chore it really is. Unlike most chores, cooking is relatively expensive to outsource, plus it’s often less healthy to eat out. But not so in developing countries.

In developing countries, you can eat out every single day without worrying about your wallet or health. Why? Because shock horror, people without access to laboratories (and high fructose corn syrup) cook with fresh ingredients. At $1 for a good dinner, it costs less to be healthy. Oh, and you don’t have to clean up afterward.

Our pursuit of public transport efficiency is misguided. Why? Because people start to rely on it and then it takes over and then you see everyone standing on train platforms like zombies from The Walking Dead. It becomes so structured that you have to get public transport just to get to more public transport.

In developing countries, if I want to go somewhere, I just put out my hand, jump in a rickshaw (or similar unsafe vehicle), pay the driver a dollar, and I’m chauffeured to the front door in a flash. I bet the Swiss can’t even beat that sort of efficiency. Certainly not for $1.

Huh? What’s a tea cozy? It’s a cover for a teapot to keep your tea warm. I’m using it as a metaphor for useless crap. When you live in the same place for too long, you start to think you need things like tea cozies.

The real problem with tea cozies (and big TVs, makeup and car stereos) is that they take up mental space. First, you worry about them getting damaged, then you consume yourself with upgrades and improvements, then all of a sudden you and your friends are discussing tea cozies over tea! Either hit the road now or risk institutionalization.

This isn’t about being lazy and burdening poorer societies with stuff we should be doing ourselves. Quite the contrary my dear Watson. This is about industrialization and globalization. It makes perfect sense to perform the work you’re most efficient at and outsource the rest. It’s why I buy milk in a carton instead of pulling on the teats of a Jersey named Jersey.

If you’d rather spend more of your day on whatever matters, we’ll see you soon 🙂