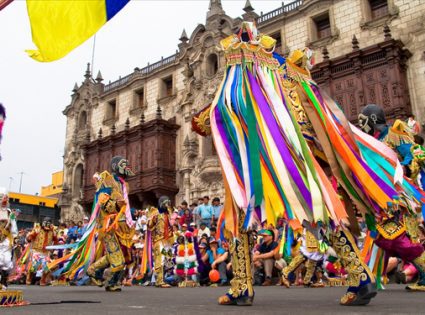 There we were, strolling slowly home from our afternoon Spanish class, the main Plaza looking a lot more crowded than usual. Then suddenly, an unmistakable sound: the melodious ‘crackling’ and ‘whooshing’ of rally cars.
There are a lot of things I love about traveling to developing countries, but let’s be honest, the absolute best thing is the lack of regulation around rally events.
First, there’s the silence, then the ear-piercing whistle, then the children running onto the road, then the parents yelling at the children, then silence again, and then… pure bliss.
Lucky us, as we were about to witness first hand the Caminos del Inca, AKA The Inca’s Incredible Rally.

Back home in Australia, I would sometimes head out to the rallies in the local forests. The officials would make you stand often more than 30 meters away from the action. And even then, they only allowed spectators on slow sections in case the drivers lost control. The result? Million dollar cars putting by like tugboats in a cloud of dust so far away they could just be a feisty herd of llamas (or kangaroos in this case).

Fast forward to Peru…. back to pure bliss. Fans screaming, the Earth trembling, and rally cars flying past at break-neck speeds. Okay, okay, I know we have regulations for a reason, and of course, I don’t want to see anyone run over (or be run over myself), but Wow!, the atmosphere.

History of the Caminos del Inca

Anyway, about the race: it’s called the Caminos del Inca, or the Incas Rally (in English). It has run since 1966 and follows a route in Peru through Lima-Huancayo-Ayacucho-Cusco-Arequipa-Lima. The route has diverted a few times due to threats of terrorism, but otherwise, it’s zipped through the Plaza De Armes, where I saw it, once a year for more than 40 years.

In 1962, Henry Bradley returned from competing in the Great Argentine Prize, a similar race to the East, and he asked his friend Nicky Alzamora, at that time Director of the Peruvian Automobile Club, why there was not an event like that in Peru. Four years later, Peru held the first Caminos del Inca, aptly named to honor the original Inca people of Peru.

A Balcony with a View

After meandering through the crowds by myself and taking lots of pictures, I returned to Lauren at a second-story cafe owned by a British woman (it’s called The Real McCoy for those craving Branston Pickle or Australian Vegemite while in Peru). Even at the cafe, I could sit on the rickety balcony, sip a Tia Maria-laced Peruvian coffee, and watch the rally cars zoom past right below my feet. Let’s just say it was an enjoyable evening.