Exploring the Charming and Remote City of Darjeeling, India 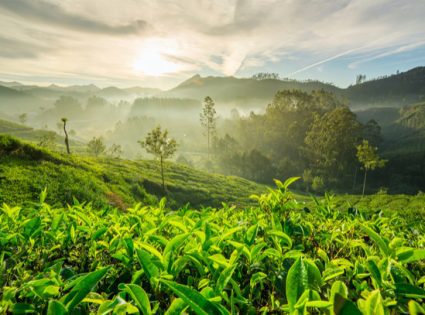 Wow! Darjeeling is absolutely nothing like what I expected. The 3-hour taxi ride from New Jalpaiguri station is a nail-biting, white-knuckle ride along a series of switchback to about 2,000 meters above sea level. And although Darjeeling’s hotels have aristocratic English names, like the Windemere, this high-altitude town is much more Chinese and Nepalese than English, or even Indian.
Sitting back in a hotel room, replete with room service, we made the most of our couple of off-train days in relative luxury as we prepare our next exploration of the charming and remote city of Darjeeling.

What is So Special About Darjeeling?

It really is unlike any part of India we visited. In fact, if you were just dropped there, you’d swear you were in China, Nepal, Burma, or anywhere but India.
The people don’t look Indian, the landscapes don’t look Indian, and the only evidence you’re in India is the meager section of Indian meal options at the back of any restaurant’s menu. For the past 20 years, the people of Darjeeling and its surrounding area have even lobbied the government to become a separate state, called Gorkhaland.

If you asked me if I liked Darjeeling, I’d be torn. It really has it’s beautiful parts, especially the quiet roads that hug the mountains and provide a great escape from the incessant hustle of the town markets. But it has become too used to tourists. The prices are high, the people seem agitated by foreigners, and the service is generally quite poor. Like everywhere, there are exceptions, and we met some lovely locals, but generally, we felt like walking dollar signs.

What To Do In Darjeeling

We spent most of our time walking the markets, plus we visited the Himalayan Mountaineering Institute (HMI) and the zoo.
HMI was initially sponsored by the late Tenzing Norgay (the first person atop Everest with the Kiwi, Edmund Hillary) and it showcased much of the gear and apparatus used on the mountain since it was first attempted. I found it very interesting and was shocked to realize how close we were to the great mountains of the Himalaya. Everest was only about 250km away (so it could be seen in a fog-less morning), and Kanchenjunga is even closer.

The zoo was very humane, by Indian standards, and we got to see some of the local cats, such as leopards, as well as red pandas and other animals that aren’t as popular at other zoos.
I had a great time strolling around, taking pictures, and getting closer to the animals than most zoos would normally allow. The zoo and HMI are one in the same, you can’t buy separate tickets, but we’d recommend doing both even if it were possible.

What about the tea plantations in Darjeeling? Well, I know they exist, but there seems to be very little focus on them. None of the hundreds of touts suggested we visit a plantation, and the tour offices didn’t seem to advertise them either. There are plenty of town center tea shops, but not nearly the focus on visiting the plantations as I expected.

We arrived in New Jalpaiguri (NJP) aboard the Rajdhani Express. NJP is quite a confronting station with lots of beggars and taxi touts. The aforementioned 3-hour taxi ride up the mountain to Darjeeling is very bumpy, but also quite scenic as you negotiate the switchbacks. On day 11, we headed to Calcutta, leaving from NJP on the Darjeeling Mail.

FYI, our delaying in posting about the GCIRC is due to Internet problems. We’ve seemed to work them out now, so hopefully, we can return to updating you in real time. Signing out – the Globetrooper Team