How To Find Cheap Flights In the Most Unlikely Places 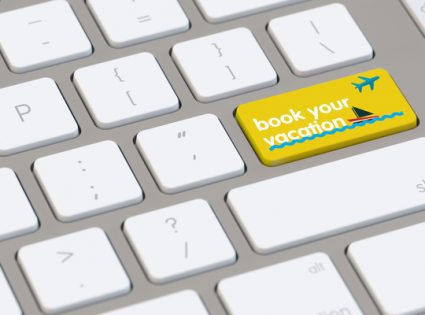 I scoured the web for four straight hours: Kayak.com, Priceline.com, Expedia.com, and about 30 other ‘cheap flight’ websites. It was a roller coaster. I started with a quote of $1,000, then cheered after finding one for $900, then jumped up with a dance for $800, then punched the air for $700, and then suddenly, Bingo! $500.
Out came the credit card as I clicked the big BUY NOW button. What? $1,100? Huh? What happened to $500? What? $600 in taxes? But how? Why? Darn it! Okay, back to the $700 quote. Somewhat subdued now, I hit the slightly smaller Buy Now button. What? $1,000? #%$&#%$!!!
Don’t you ever feel that travel accommodations are like playing blackjack in Las Vegas? You just never know what hand you’re going to get. But perhaps there is a science to this, how to find cheap flights in the most unlikely places.

Here I was, just trying to book a flight from Canada to South America, thinking I was super-Internet savvy for finding a hot $500 flight, only to be put in my place.

After 2 hours of elation, then 2 hours of floor-stomping disappointment, I’d had enough of the not-so-cheap-flight websites and retired to the safety of the actual airline websites. And there I was, surprisingly, tail between legs, at the American Airlines website.

I added my origin, destination, and dates, and came up with a good quote of $755. Woohoo! (I’d since given up hope of ever finding a $500 flight.) Since AA is a big respectable airline, I assumed taxes would be included in the price. Nope, of course not.

Okay, I’d had enough. I just hit the buy button and that was that: a total of just under $1,000. So I get to the payment page and then… uh oh… more trouble. In the list of ‘Your Country’ for my credit card billing address, well, Australia just wasn’t there. Okay, so I can’t pay with an Australia credit card. *Deep breaths*. “Oooo, Paypal”. My new-found joy was expressed a little too loudly in the crowded cafe. Oh, no Australian option, again. 🙁

So I called AA customer service and they direct me to the localized Australian version of the AA website. Okay, mea culpa, my fault. I log in, expecting more troubles. Then, guess what? Remember those $755 flights. Well, now they’re $800, before taxes of course. But, wait for a second, this is in Australia dollars. (I quickly go to www.xe.com to find the exchange rate.) Wow! So not only are they cheaper, but I won’t incur a foreign currency charge on my credit card. Woohoo! And this time the cheer was justified.

So in the end, the cheapest flight came directly from the airline, from the local Australian website, and had nothing to do with any of the cheap flight websites that everyone seems to espouse. And the best thing, the departure and arrival times are much more civilized than any of those multi-stop multi-airline red-eye alternatives.

So what was the verdict? I paid about AUD900, which is about USD820, which is USD50 cheaper than anything on Kayak.com, which admittedly, was the most transparent and trustworthy site I encountered. So there you go, try directly with the airline and try the local website. They’re certainly not always the cheapest, but in this case, they were!