How To Get Cheap Flights the Unconventional Way 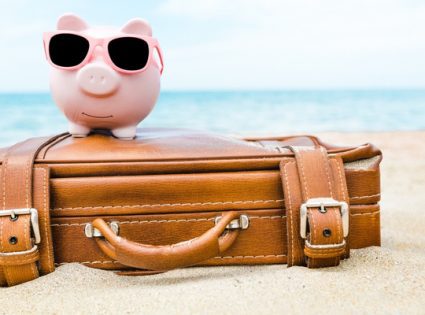 When we think of cheap flights, we usually think of scouring the web for hidden deals. Either that or using frequent flyer points and sophisticated strategies that yield free trips in a few years from now. But there’s a more natural way.
This may not work for very popular legs, such as New York to London or LA to Sydney, but if you’re an adventure traveler who gets even a little off the beaten track, then keep reading. We have a few tips and tricks up our sleeve to show you how to get cheap flights the unconventional way.

Rather than a step-by-step guide, I’ll use a real-life example to illustrate how we saved more than $900 each on a recent flight. Lauren and I were in Buenos Aires and wanted to fly to Toronto. It was about three weeks into the new year, so not exactly the best time to find cheap flights. We used our favorite engines, such as Hipmunk, Matrix, and others, but the most affordable one-way trip we could see was $1,466 each.

What About Booking Further Out?

We already tried every day of the week and found that Tuesday, Wednesday and Thursday were the days for cheap flights at $1,466 each. Then we looked forward a few weeks (since we were still in peak period), but it didn’t get much better. If we waited another 2-3 week, we could get cheaper flights for $1,324, but with the extra rent expense, and the fact we wanted to go ASAP, it wasn’t worth waiting.

What About Going Somewhere Else?

Lauren had the idea to go to NewYork instead. Maybe we’d find cheap flights, AND we could spend a few days there as she’d always wanted. ‘Yay, $1,134, let’s do that’, said Lauren. But it only took a few web searches to realize we were digging ourselves a bigger hole. Accommodation in New York and then flying to Toronto would cost a fortune. So we tried Ottawa instead. ‘$964!!! Woo Hooo!’ After searching for about three hours at this stage, we’d managed to knock off $400+.

What About Going Via Your Destination?

But then I looked at the itinerary with even more amazement. The flight from Buenos Aires to Ottawa stopped in Toronto. ‘Huh? That can’t be right.’ It was right, and so instead of arranging accommodation in Ottawa, we could jump off our already cheap flight in Toronto and save more money and time. Then Lauren said, ‘What about the other cities, maybe there’s somewhere even cheaper.’ It was a good idea, so we started checking other cities.

Why Not Search All the Surrounding Cities?

Bingo! Buenos Aires to Montreal via Mexico City was $587. We were in Montreal before South America, and we loved it in the summer, so we thought we’d take the risk and check it out in the winter too. Of course, Montreal is still many hours away from Toronto, but after searching the bus website, we found tickets for $25 each. After almost six hours of searching for cheap flights, we’d managed to save more than $900.

Keep in mind, the first flight we found would have gotten us to Toronto the next day with very little time in airports and no need to arrange onward road journeys or intermediate accommodation. Most people would take that flight because they neither have the time spend nor patience to potter about North America to save a few dollars.

But there’s a non-monetary cost?

As long-term travelers, time was on our side, and we didn’t mind the adventure of pottering about to save a few dollars. That meant spending almost 18 hours in Mexico City airport, staying at a friend’s apartment in Montreal for the night, and then catching a 6-hour bus ride to Toronto the next morning. But for us, saving almost $900 each (yes, $1800 in total), was worth it. Plus we got to catch up and talk shop with our friend Felipe in Montreal (he runs twtVite.com among other cool websites).

Other Examples of Cheap Flights

This was far from a one-off occurrence:

Again, all of these examples involved a lot of messing about. But when you’re on the road long-term, or even if you’re looking for some adventure, the savings are more than worth the hassle.

From the examples above, here are the strategies in a nutshell:

It’s that simple, spend a couple of hours checking all of the permutations and combinations, and you too could save hundreds or even thousands of dollars. It’s not as smart as many other ‘cheap flight strategies,’ but we’ve proven it works, at least for less common routes.