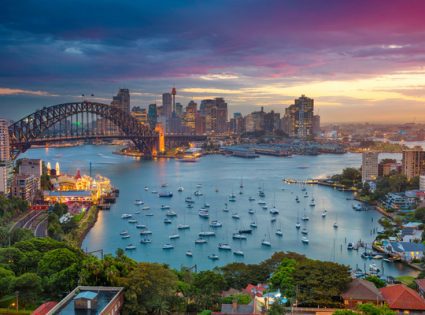 A vast country – indeed, a whole continent of its own – Australia is an epic piece of land to explore.
On the one hand, it is known for its vast expanses of wilderness and rough terrain, the open spaces of the Outback, however, on the other, its coastlines are home to some of the most exciting and cosmopolitan cities in the world.
Once a distant land that was accessible only at the bitter end of a long sea voyage, you can now fly to Australia in a matter of hours, taking advantage of several flights that are available at the click of a button.
With so much to see, where should you start? Here we list the essential cities to explore in The Land Down Under.

Sydney is, of course, best known as Australia’s oldest and largest city, home to iconic sights such as the Opera House and the Sydney Harbour Bridge.
The Sydney Olympic Park, home to the 2000 Olympics, remains a beautiful vista of parklands and sporting facilities today and is popular with visitors. 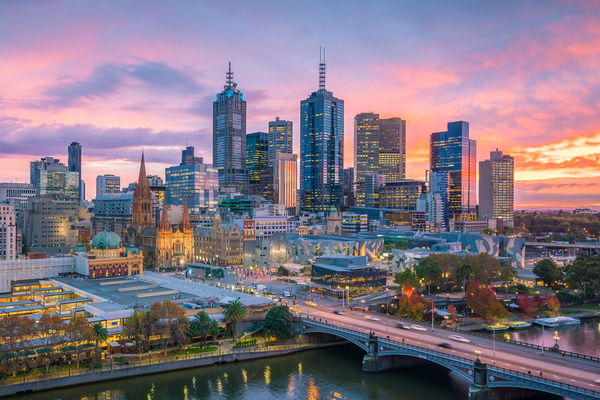 If you’re looking for a city with a more relaxed vibe, however, check out Adelaide, known as the City of Churches, offering an alternative to the vast east coast metropolises. Melbourne meanwhile is a cultural hotspot, a sporting and shopping capital. In the City Centre alone you’ll find the Docklands precinct with a range of shops, bars, and restaurants. It’s even home to the Eureka Tower, the tallest residential building anywhere in the southern hemisphere, offering views across the whole of Melbourne. 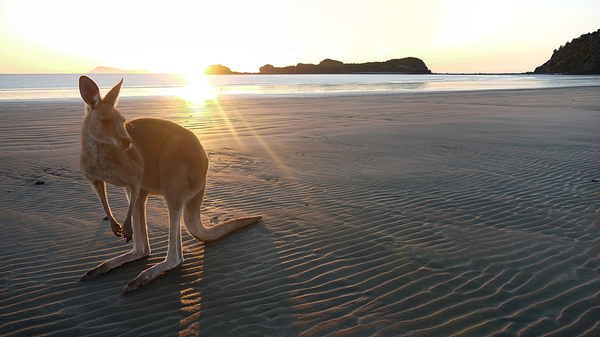 But Australia is just as much about its beautiful natural scenery and life as it is about its great cities. North and south of Brisbane you’ll find the Sunshine Coast and the Gold Coast, both popular beachside and national park resorts. Meanwhile, off the coast of Queensland, you’ll see the Great Barrier Reef, the most extensive coral formation in the world, and easy to reach from Cairns.
Take the Great Ocean Road along the coast in Victoria, and you’ll enjoy a spectacular drive by many scenic spots such as the 12 Apostles, as well as traveling over the winding cliff-top roads which are a joy to drive in themselves. 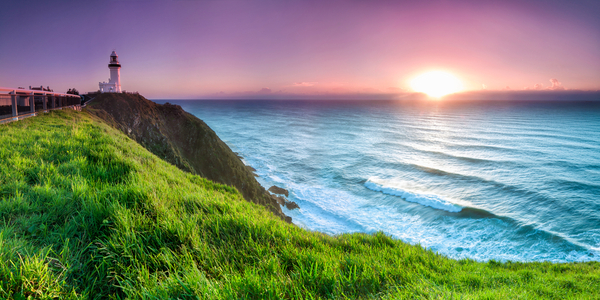 In New South Wales you can visit the Blue Mountains, a stunning mountainous region which includes The Three Sisters. Immediately to the west of the sprawling area that surrounds Sydney, it offers a remarkable contrast to the captivating urban majesty of the Australian city.

These, of course, are only a handful of the highlights that visitors wax lyrical about once they’ve paid a visit down under. With so much to see and do that make Australia the stuff of legend, it has to be one of those countries you make sure you know before you die.