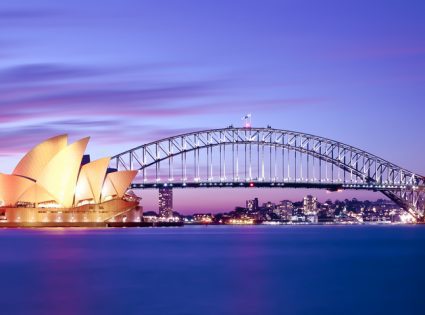 What does the cost of living in various cities have to do with your next two-week vacation? Well, nothing really. This post is for those of you with a dream.
A dream that involves long-term travel OR anything that requires your undivided attention (and no income).
By living in cheaper cities, savings can go much further. So rather than deferring your dreams until retirement, why not reduce your living costs and chase them now?
This year we’ve lived in 3 cities so we can compare the costs associated with living between Sydney vs Montreal vs Cusco.
So I want to give you a small taste of how living costs vary between these cities. Maybe it’s enough to write that book, launch that foundation, or travel the world untethered.

For a 1 bedroom furnished apartment, close to the city (Lavender Bay), we paid about US$450 per week on a 12-month contract.
You could get something a little cheaper in other parts of the city, but it gets more expensive for shorter periods.
I imagine a traveler would pay at least US$400 per week for a furnished apartment near the city if only renting for a couple of months.
Keep in mind this often doesn’t include utilities and it rarely includes free WiFi.

For a 1 bedroom furnished apartment, close to the city (Le Plateau-Mont-Royal, which is comparable to Lavender Bay in Sydney), we paid about US$800 per month.
Divide that by 30 and multiply by 7 and that’s US$186 per week.
That included electricity, furnishings, and WiFi. We were repeatedly told that in peak season (oddly not summer – apparently there’s greater supply in summer because students go home), we’d have to pay more.
So let’s take that to US$200 per week. However, remember that this includes WiFi and utilities, unlike our Sydney apartment.

There’s clearly a big jump (or fall, depending on your outlook) from Sydney/Montreal to Cusco.
The other two are large developed cities, whereas Cusco (3,000m+ above sea level) is a relatively remote city in a developing country, albeit made a little more expensive by tourism.

For a 2 bedroom furnished apartment, close to the city (2 blocks from the Plaza De Armas), with all utilities, including WiFi, we paid US$450 for the month. Divide that by 30 and multiply by 7 and we have US$105 per week. However, we don’t speak Spanish (yet) and strongly believe there are much better deals out there if you know a little Spanish. We know you can get a place for US$200-300 per month. Nonetheless, let’s be conservative and round it to US$100.

In Sydney, I love that tips are NOT the norm. When you see a price, well, that’s the price.
No extra taxes, no additional services charges, nothing.
So even though eating out in Sydney looks expensive on the surface, it’s really not that bad considering prices are all inclusive.

Like Sydney, Montreal has great food. Montrealers believe they have some of the best food in the world, but in our experience, it was about on par with Sydney.
Tips are expected in Montreal, usually about 15%, so eating out is more expensive than it first seems.

However, the top restaurants don’t reach anywhere near the prices of Sydney, more like US$80-130 per person. A good restaurant for dinner is about US$30-50 per person, whereas lunch is about US$10-15. Those prices include tips and taxes (together as much as 35% extra – so don’t let Montreal prices fool you).

With that said, excellent food in Cusco is still a fraction of the cost compared to Sydney/Montreal. Top restaurants set you back US$25-40 per person for dinner. What do you get for US$25? In my opinion, a dinner that would cost $130-200 in Sydney. How do we know? Because we’ve done it and I must say, great food tastes even better when it’s cheaper.

I find it’s too difficult to compare groceries and sundries due to variations in quality. For example, a Gillette razor for men is roughly the same price across all three cities, but while Gillette is the standard in Sydney, there are much cheaper (and lower quality) razors in Cusco.

Staples (bread, milk, tea, etc.) are certainly a lot cheaper in Cusco, but again, sometimes it’s due to quality and sometimes due to cheaper labour. Overall, living in Cusco is much cheaper, but you tend to sacrifice some quality.

I’d say total living costs in Montreal are about 70% of those in Sydney (although accommodation is half as much, other expenses are on par or only a little cheaper). Total living expenses in Cusco are about a quarter of Sydney ‘s and a third of Montreal’s. In Montreal, you certainly notice the difference, but in Cusco, it goes to a whole new level.

What Does This Mean?

Not much for short-term travellers because they typically fit a lot of activities into a short period. The cost of those activities tends to negate other savings. Of course, it all helps, but that’s not what this post is about.

So what is it about? It’s about dreams. Especially dreams that don’t include working a regular job. If you have any sort of location-independent dream (becoming an artist, writing a book, starting a business, launching a foundation, etc.), the lower cost of living abroad can make your dream a reality.

Maybe you don’t have to wait until you retire or win the lottery, maybe you can chase your dream by saving a little money and making it last longer in a much cheaper city like Cusco. Or you could just wait 30-40 years until you retire, if you prefer.