The Expected Costs of Living Abroad in India 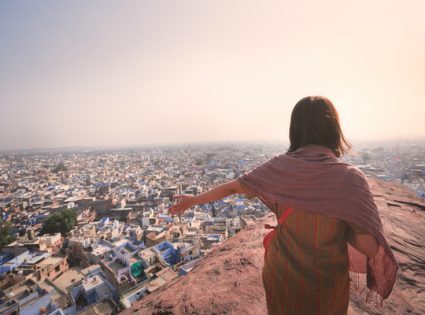 Since leaving Sydney, we’ve lived in Montreal, Cusco, Buenos Aires, and now Bangalore. We’ve experienced the full gamut of living expenses; from 500-dollar dinners in Sydney to 7-cent samosas in far-Eastern India. But this odyssey isn’t just about saving a few quid.

We left Australia to explore the world and live in places where our Australian dollars would go much further. Again, not just to save money, but to be able to live out a dream. Now, that brings us to incredible India and here we explore the expected costs of living abroad in India.

A Recap of Previous Destinations

The prices above were lifted from a previous blog post where we compared the cost of living in Sydney, Montreal, and Cusco. That post further explains the assumptions of each category, but for now, we’re just talking about averages (an average apartment close to the city, an average dinner for two, and an average 660ml bottle of local beer).

Cost of Living in India

Secondly, living like a tourist here can be expensive. But like the other cities, we’re living here as locals. We eat local food and we work a lot, though not quite as much as the locals. It’s important to keep that in mind if you think our numbers are low.

Also, the prices I mention are in USD, CAD or AUD; they’re all about the same right now.

We circumnavigated India by train only a month ago, as we came across a very cheap short-term accommodation. It was so cheap that if you extrapolated the daily rate to a monthly rate, it would still be cheaper than anything I’ve seen. For example, rooms in touristy Darjeeling were as low as $4/night. And I’ve heard in the offseason in less touristic cities, rooms go for as low as $2 per night. Granted, we’re not talking about the Ritz Carlton, but hey, a bed is a bed, as long as it’s is clean and comfy.

However, unlike in most other countries, you can’t really live comfortably in the average Indian hotel room. They’re typically too dark and pokey and don’t have Internet. So using a $2/night hotel room in comparison with our great apartments in Sydney, Montreal, Cusco, and Buenos Aires wouldn’t be fair.

At the moment, we are paying $600/month for a one-bedroom in a large two-bedroom apartment. It has a full kitchen, fast Internet, and is in the wealthiest Bangalore suburb (according to a recent newspaper article). We are renting the apartment from a hotel on a medium-term basis with a maid that visits daily. So although $600/month seems a lot for India, we have full cleaning, linen, and laundry services, plus all utilities and Internet. You could certainly live here for 12 months for a lot less.

Here are some of the numbers from our experience in India so far:

The real problem in India is finding medium-term accommodation. That’s because long-term rentals often require an advance 10-month payment, which is a problem if you’re only staying for 3 months. That made India the most difficult place, so far, to find medium-term accommodation. That’s also the reason we’re paying so much right now because we’re only staying 3 months and have to pay for a semi-serviced property.

Although accommodation is our largest expense here, it would be very easy to spend more on eating out if we ate at touristic establishments. But the same goes for any city. Most of the restaurants close to our home in Sydney cost $100+ for two, but that’s because we lived in a business district. The same goes for where we are in Bangalore.

So when we talk about eating out, we’re talking about local restaurants with average prices. Here are some of the numbers:

The funny thing with India Rupees is that the conversion rate acts as a psychological break. When your bill comes back at 450 rupees, you really feel like you’ve spent much more than $10, especially after spending only 3 rupees on a samosa a few hours earlier. That certainly helps foreigners maintain a cost of living like the locals.

Lunch is even cheaper. I went to the bakery, and bought a chicken pastry, a vegetable pastry, a jam doughnut, and a 600ml bottle of Coca-Cola for only $0.90! I bought a couple of loaves of tasty whole wheat bread for only $0.35 each. Bananas? About 5 to 8 cents each! Kit Kat? About 20 cents. A small cup of coffee? 10 cents. The list goes on… if you’re willing to buy local, it is very cheap to eat here.

Compared to the Cost of Living in South America

Without a doubt, the cost of living in India is lower than anywhere we visited in South America. But… and this is a big ‘but’ for us. Broadband Internet is much more pervasive in South America and the property market is set up perfectly for medium-term visitors. It was very easy to find an apartment in Argentina, almost as easy as Montreal. India is much more like Sydney in that it doesn’t cater well for visitors staying for 1 to 6 months.

Conversely, beer was cheaper in South America. The cheapest I can find a 660ml beer for here is about $1.40, whereas that sized beer was readily available in South America (Peru and Argentina) for about $1.00.
Meat is more expensive too because much of the population is vegetarian. Beef can be found in foreign restaurants, but I try to avoid it out of respect for local customs.

Final Numbers for the Cost of Living in Bangalore

I’ve added Bangalore to the table from above to give a fair comparison of the cost of living. Remember that Bangalore is an expensive city in India and that we weren’t able to get long-term accommodation rates due to the nature of the property rental market. In other cities, accommodation and eating out would be more than halved.