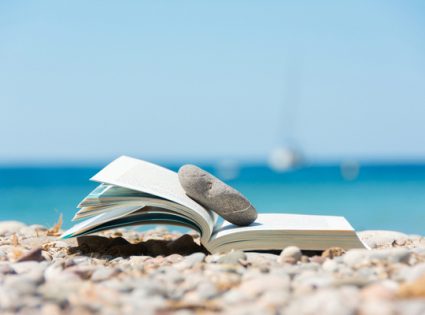 If I think back to what inspired me to travel, it had very little to do with reading about others’ adventures. Sure I loved stepping into the shoes of climbers on towering peaks and donning the suits of divers in circuitous caves, but those stories didn’t actually get me moving.
More than anything, I attribute my travels to stories that challenge normality.
Because, in my opinion, it takes a little stretching of the imagination to break the mold. And until I broke the mold, I found it hard to understand the many virtues of travel.
Fortunately, I’ve found a few non-travel books to inspire a life for traveling around the world.

This was the first fiction book that I really read. I became completely entranced as I tried to rationalize a guy in the 40s writing about the 80s, which had mind-blowing parallels to the world we live in today.

It was a real wake up call for me. It shed a strong light on issues that I simply didn’t understand in context. Everything from nationalism, to censorship, political correctness, civil liberties… the list goes on. 1984 helps you take a much-needed step backward; that’s the best way I can explain its impact.

This was the first book I read that left me speechless for a whole day thinking ‘what the heck just happened’. It also made me realize the difference between cinema and literature. I still think that no matter how much money Hollywood spends, they’ll never be able to transport you into someone else’s life like a good book can.

L’Etranger was just a crazy read for me at the time. It gave me a good hard kick. I remember I just finished it on a bus on the way to work. I walked into the office having just killed some Arab guy on the beach (as the character in the book, of course). Sounds odd, but it did a lot to help me realize how absurd life really is, which itself helped to question the status quo.

Investment Biker isn’t a spectacular literary work like the previous two. But what an adventure! It’s the real-life account of famous investor, Jim Rogers, riding a BMW motorcycle all the way around the globe.

It interested me at the time because it was partly about economics. Jim not only spent 20 months on the road, but he gave economic commentary along the way. He spoke of black market money conversion, fixed and floating currencies, motorcycle maintenance, and much more. I read it cover to cover in a single bus ride. Then again two years later.

Fahrenheit 451 is filled with Bradbury’s views of social issues in 1950’s America. It has so many messages on so many levels that still ring true today. And much like 1984, those prophecies really help to add some perspective to life.

For me, it did three things. Firstly, it introduced me to the idea of free-thinking; not in the intellectual sense, but more in the literal sense. Secondly, it showed me the absurdity of how obsessed we are with television (we haven’t owned a TV since). And lastly, it motivated me to give up a profession that I believed was morally and socially corrupt (the main character’s job was to burn all books for the good of humanity).

Shantaram is my favorite book of all time. Not because there’s a profound underlying message, but simply because it epitomizes cultural adventure. It’s a semi-real (roman-a-clef) account of the author who escapes prison in Australia and hightails it overseas. He ends up in India where the adventure just begins.

I’ve always loved to read about adventure (at one point I only read about mountaineering, diving and rafting expeditions), but Shantaram introduced me to cultural adventure. It helped me develop a curiosity about the people in other places, not just the wildlife and landscapes.