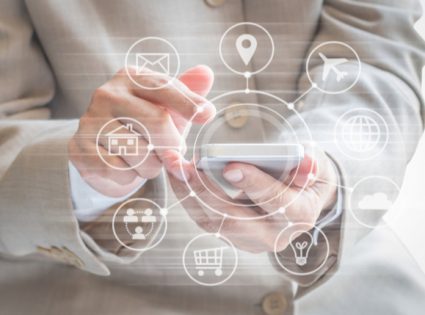 I spent half of yesterday signing up for mobile (GSM) Internet access in Mumbai. If you know the process, it’s pretty quick and easy, but it can take a long time if you’re not prepared.
It also helps to remember that technology moves very quickly here. 3G has just arrived, so the difference between carriers, locations and technologies are quite large.
If you pick the right service for your area, it can be both reliable and quick. But none of the carrier’s service all of the areas with 3G, so if you pick the wrong one, you could end up with sub-dial-up speed. Here we’ll save you the headaches and give you everything you’ll need to sign up for mobile internet access in India.

There are quite a few mobile carriers, but at the moment only a handful offer 3G access. Even then, these 3G carriers don’t have licenses to operate 3G in all areas. The 3G landscape is changing daily, so it’s best to check the respective websites when you visit. Here are the 3G operators:

Because we’ll be moving around the entire country over the next couple of weeks, I decided to sign up for two carriers (Vodafone and Reliance). I may also sign up for Tata at a later stage since they seem to have a fast and reliable 3G service in places we’re thinking of staying long term. If you search the Indian technology forums, you’ll find positive and negative reviews in seemingly equal quantities for all of the carriers.

The process was the same at Vodafone and Reliance, so I suspect it’s similar to other carriers for tourists.

You absolutely must have a passport photo and copies of the two passport pages. Some outlets will have a photocopy machine, but many won’t, so it pays to be prepared if you don’t want to spend your whole day running after a new account. Photocopy shops seem ubiquitous, and copies are only 1 rupee each (a few cents), so it pays to get them done in advance.

You generally need to buy the following items:

If you have an iPhone4, or any phone that uses a MicroSIM, you’ll also need a pair of scissors to cut the SIM to fit. It seems dodgy, but the plastic is malleable and easy to shape. If you mess it up, which seems impossible, a replacement SIM is about $1.

Keep the following points in mind during the entire process:

We first went to Vodafone and bought a 3G dongle with unlimited monthly data. In retrospect, it wasn’t the best decision because the speed isn’t fast enough to warrant an unlimited data plan, the 3G dongle is locked (I couldn’t crack it after about an hour of trying), and the speed is very slow. In the shop, it loaded pages quickly, but in our hotel room, we’re getting about 20Kb/s, which is slower than most dial-up.

We then went to Reliance and bought just a SIM card for $1 and topped up the account. They are the only company currently offering 3G in Mumbai, as far as I know. In the shop, the speed test maxed out at 7Mb/s. Wow! So I bought the SIM, topped it up with about $12 and left. About 20 meters down the road, I was getting 3Mb/s, and in the hotel room, we’re getting 2-3Mb/s.

Although the Reliance speed tests sound great, coverage isn’t as good as in developed countries. You can walk around a corner and 50 meters down the street and drop from 5 bars of reception to only 1 bar. But, for our purpose, it’s more than enough. We’re interested to see how the two carriers perform once we start moving around the country from tomorrow.