Globe Trooper > Australia > Breakdown: The Real Cost of Living In Other Countries 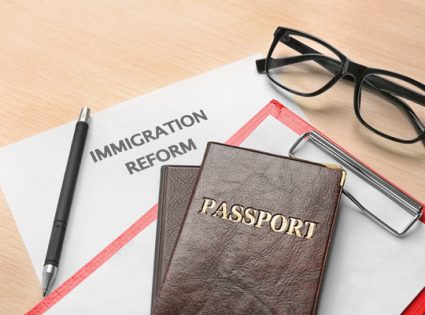 Your real cost of living in a new city depends on how you will live in that city, not on how an average person with an average job and 2.5 children may live.
Even more importantly, the way you live in your current city is NOT always the same way you will live in a new city abroad.
Here is our breakdown for the real cost of living in other countries.

These surveys look at hundreds of items that describe the expenditure of the average person. And researchers go to extraordinary lengths to find fair and comparable prices in each location. For example, a loaf of bread isn’t always the same loaf of bread. How much does it weigh? Is it a premium brand? Was it bought from a premium retailer? Are the ingredients comparable?
Some countries don’t even eat bread as a staple, so with lower production and lower demand, can bread really be compared across so many different cultures and regions? If not, what’s the alternative?

A Region-Specific Basket of Goods

It’s not easy to compare the same product across different regions, but as discussed, it’s not necessarily accurate to compare the same item in different countries anyway. (If you plan on eating rice in Japan, why bother comparing the price of pizza?)
A more accurate way to compare the cost of living would be to compare the items you’ll actually consume in each country. While this would be a monumental task for a research house, it’s much more manageable for you since you’re probably only considering a handful of countries.
But this is made more difficult by the fact that until you visit the country, you won’t know how you will live. (What will you eat? Where would you be comfortable living? Will you even drive a car? Etc.)

Don’t Discount a City Until You Visit

Before any trip, I usually conduct the obligatory Google search and decided that our admired Montreal was too expensive to live in. We then planned to stay only for a little while before moving onto somewhere cheaper.

But after arriving in Montreal and after spending a few days roaming the city, we found that our desired level of living could be had for about half the cost in Sydney. In Sydney, it costs about $400/week for a small apartment near the city center, plus electricity, telephone, Internet and other utilities. Whereas, we found an equally central apartment for about $200/week, which includes all utilities and high-speed Internet.

We Live Differently in Different Cities

I noticed that pizza is more expensive here than in Sydney. But of course, we’re not going to eat pizza in Montreal. In fact, we’ve found that we’ve placed very little focus on food here and are perfectly happy eating cheap staples.

That’s not because we’ve sacrificed anything; it’s just because we’re living differently here. And no cost-of-living survey will ever account for that.

So, What’s the Point I’m Trying to Make?

All I’m suggesting is that you don’t discount a city based on cost-of-living articles in newspapers. Researchers do their best to normalize the subjectivity of prices in different countries, but they’ll never be able to adjust for the different way you’ll live in each city.

Not surprisingly, I know a lot of people that want to live and work in Paris. But if you believe the headlines, Paris is prohibitively expensive. But it just doesn’t have to be. At least visit and see for yourself before deferring your dreams for a day that may never come.

Back to Cost-of-Living Surveys

These surveys aren’t completely useless. Actually, they’re quite useful in inspiring you to travel to new (and cheap) places. Plus they include items that you need no matter where you are. Here are a couple of cost-of-living surveys to pique your interest:

Just remember to do your own research before discounting any city. You’ll probably find (like we did with Montreal) that your dream location isn’t so expensive after all.

Even the economists have acknowledged that it’s difficult to compare living costs across different cities. A response to this was the Big Mac Index, which compares the cost of a McDonald’s Big Mac burger across a multitude of countries.

The index suggests that if a Big Mac costs US$3.73 in Australia and US$6.24 in Norway, then the cost of living is about 67% greater in Norway.
(See the table for a handful of countries and their respective Big Mac prices.)

As novel as the Big Mac Index seems, it’s often enough information for the average Globetrooper. Doing a full line-by-line analysis is not only time consuming, but maybe even less accurate given the argument about living differently in different cities.

Geo-Arbitrage: An Even Greater Caveat

Costs are only one side of the equation. On the other side is income. This factor deserves it’s own post, but for now, consider how your income will change when you move.
If you’re a digital nomad, your income may remain the same in your home currency. If you decide to work in the new country, your income will adjust accordingly. And then of course there’s the amount of work. Are you really going overseas to work just as hard as at home?
The cost of living in Bangkok may seem low, but if you plan to work in Bangkok and you only want to work part-time, then the low cost of living may be comparatively higher than it seems at home.