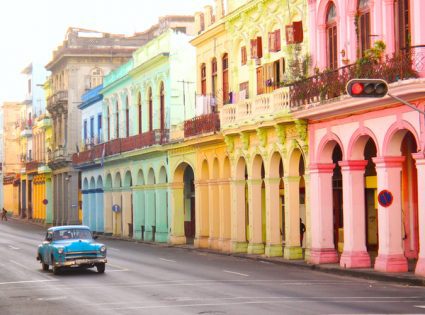 Cuba is a beautiful and mysterious country that presents so much curiosity to tourists worldwide. It is important to embrace both the rural and city experiences for a taste of rich culture and history of the island. And of course, don’t miss out on the beautiful paradise beaches! Below is a rundown of the top ten places to visit in Cuba.

Viewed as a city frozen in time, the streets of Havana are packed with colonial buildings and vintage cars. Be sure to take a walk along the Malecón (seawall), pay a visit the Museum of the Revolution, and have a drink in the bars that Ernest Hemingway used to frequent in his writing days. 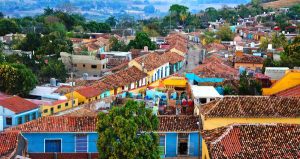 Founded in 1514 by Diego Velaquez, Trinidad is a gorgeous colonial city and a UNESCO World Heritage Site. Most buildings in the cobbled, traffic-free historic core date from the 18th century. Restaurants here are located in old colonial homes. Trinidad feels like an attraction that time has passed by. 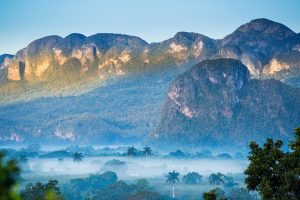 Located on the western end of Cuba, the Valle de Viñales is a lush valley surrounded by mountains and limestone formations. It is here where you can find the tobacco fields that produce the most world’s most famous cigars. Be sure to check out the city’s botanical gardens and numerous caves like Cueva de Jose Miguel and Cueva del Indio. 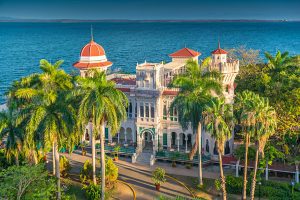 The youngest city in Cuba, Cienfuegos was founded in 1819 by French settlers from Louisiana and is known as the Pearl of the South. The center of Cienfuegos is Pueblo Nuevo, where you can explore the history museum. 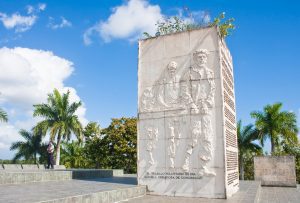 About a 4 hour drive from Havana, Santa Clara holds a special place in Cuba’s revolutionary history. In December 1958, Ernesto ‘Che’ Guevara, led his troops out of the Sierra Escambray and captured the city, causing Dictator Fulgencio Batista to flee. Most of the attractions in Santa Clara date back to revolutionary times so be sure to check out this town as a history lesson on Cuba. 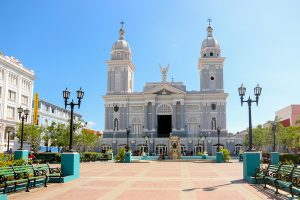 Located on the eastern side of Cuba, Santiago de Cuba was founded in the 16th century by the Spanish. It is also known as the Second City of Cuba. Be sure to visit the Parque Cespedes, where you will find historical Spanish colonial structures in the middle of the city. 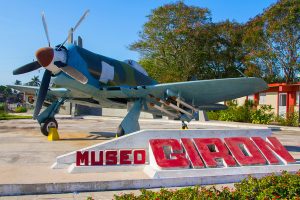 Playa Giron is a beach town famous for the Bay of Pigs invasion. Make sure to stop by and visit the Museo Giron where you can witness the tanks, planes and other artifacts from the 1961 conflict between the US and Cuba. 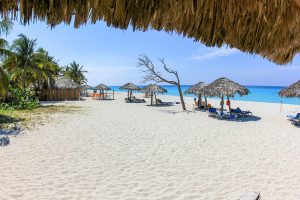 Varadero is the biggest and most famous of Cuba’s beach resorts. Also worth exploring are the Bellamar Caves, an extensive cavern system that been available to visitors for more than 150 years. 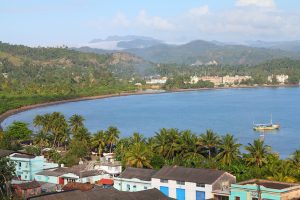 Known as the First City, Baracoa was the very first capital of the island. Be sure to check out El Yunque, a mountain overlooking the city where visitors can hike and explore the green rainforest environment just 30 minutes from the beach. 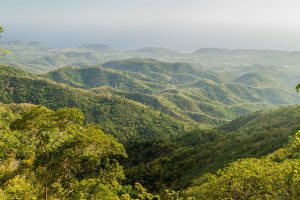 This massive mountain zone found along southeast Cuba was home to the base of Fidel Castro and his Rebel Army during the fight to topple Batista. People here like to hike to the summit of Pico Turquino, Cuba’s highest peak at 6,576 feet.