Top 5 Reasons to Get Travel Insurance 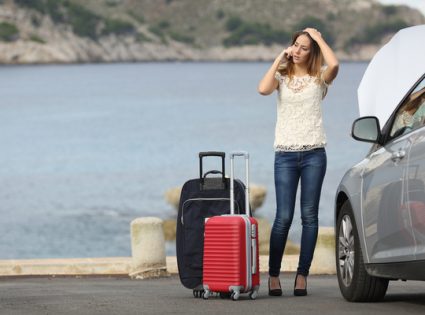 For a long time, Lauren and I have traveled sans insurance. We didn’t actually think nothing would happen, instead, we thought it would be cheaper to self-insure. Now that we’ve been on the road for more than a year, looking back, we’re not surprised to see we would have been far better off with proper travel insurance. Here’s why:

1. You Get Sick More Often

Even in the cheapest countries on Earth, it’s not cheap to maintain health. Maybe at home, we’d be fine foregoing a doctors visit to “tough it out”. But on the road, each day is valuable. Being confined to bed for a whole week can effectively mean losing half your holiday.

When you contract a stomach bug, it pays to take care of it immediately. That usually means a course of antibiotics, but it if doesn’t clear up in a couple of days, you really need a battery of tests to check for viruses, bacteria or parasites.

In Peru, I spent almost $200 in 2 days to take care of a violent stomach bug. I ended up on an IV drip in a makeshift hospital and was lucky it only cost that much. I wanted to tough it out, but I was literally losing my mind and could barely speak, so I had no choice but to visit a hospital.

This has happened to us a few times, so in these cases, travel insurance would have easily paid for itself.

2. Your Gear Gets Thrown About

You may be the most careful person on the planet, but when you travel, other people come in contact with your gear. Even if you carry your pack onto planes, it still gets kicked and thrown around on buses, in streets and hostels.

When we thought about travel insurance, we mostly thought about our gear and figured that even if a laptop was stolen, we’d about break even with insurance. But that’s just not the case for travel less than 18 months long, which is 99% of travel.

On Lauren’s recent Gobi Desert expedition, very few cameras made it through alive. Even Lauren’s camera, one of only a couple still working, won’t open and close without manual force. It’s definitely on its last legs.

If you’re carrying a laptop or expensive camera, it really makes sense to have insurance for this reason alone.

3. It Doesn’t Cost That Much For Travel Insurance

Of course, it depends on many factors, but travel insurance for a 2-week trip can be as low as $100-150. Given that one visit to a hospital is bound to cost that much and losing a laptop is many times that much, it is certainly worth it.

In fact, what most of us don’t consider is the effect of having peace of mind. Instead of always stressing about every little bump or every person glancing at your bag, you can rest easier knowing you have cover. That means you really do enjoy your travel more.

4. It’s Required for Most Guided Tours

If you’re not convinced that it’s cheaper to buy travel insurance, then you should know that most guided tour operators won’t let you on their trips without insurance.

For every guided tour we’ve joined, we’ve had to show proof of travel insurance.

Sure you can travel solo and not join tours, but you’d be missing out on a lot of fun. Also, in many more exotic countries, you can get a much deeper cultural experience being with someone who knows the culture. We wouldn’t nearly have experienced Egypt in such a deep way if we tried to travel by ourselves.

5. There’s Always the Chance of Something Catastrophic

Some of us are terrified by the worst outcomes, but those people naturally get insurance. It’s the rest of us optimistic folk who just ignore the possibility. That’s okay, but I think it should at least be considered as a part of the value of getting proper travel insurance.

So if you’re on the fence in terms of protecting your gear, at least also consider the fact that if you have a very bad accident and don’t have access to lots of cash at home (meaning up to $100,000), then not having insurance could actually hinder your rescue or treatment in some countries (which of course could cause death).

If nothing else, insurance will get you to good treatment sooner in a catastrophe.

As for recommendations, check out Travel Insurance from Allianz.