What To Do In Turkey


Turkey is on the Mediterranean, in the Anatolian region of West Asia, with a small section in Southeastern Europe separated by the Turkish Straits (Bosphorus, Sea of Marmara, and Dardanelles). With the Black Sea to the north and the Aegean Sea in the west and the Mediterranean Sea to the southwest, Turkey is surrounded by Bulgaria and Greece to the west, Armenia, Azerbaijan, and Georgia to the northeast, Syria, Iraq, and Iran to the southeast.

There is evidence that the bed of the Black Sea was once an inhabited plain before it was flooded in prehistoric times by rising sea levels. The biblical flood may be an account of this event. Mount Ararat at 5,165 m, is the country's highest point while the legendary landing place of Noah's Ark lies in the mountains on the far eastern edge of the country.

Straddling the continents of Europe and Asia, Turkey offers the best of both worlds for tourists and visitors who are fortunate to have come over for a visit. From sunny, golden beaches to arid deserts, opulent mosques, grand palaces to modern skyscrapers and buildings some of which you can see from your Istanbul apartments, Turkey has something for everyone. You will definitely be spoilt when it comes to choices and things to do when you are here in Turkey.

Turkey offers a wealth of destination varieties to travelers: from dome-and-minaret filled skyline of Istanbul to Roman ruins along the western and southern coasts, from heavily indented coastline against a mountainous backdrop of Lycia and wide and sunny beaches of Pamphylia to cold and snowy mountains of the East, from crazy "foam parties" of Bodrum to Middle Eastern-flavoured cities of Southeastern Anatolia, from verdant misty mountains of Eastern Black Sea to wide steppe landscapes of Central Anatolia, there is something for everyone's taste—whether they were traveling on an extreme budget by hitchhiking or by a multi-million yacht.
Read MoreRead Less
View More View Less 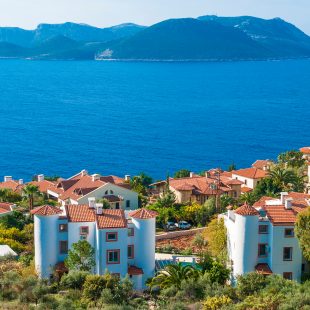 The Ultimate Guide For Things To Do In Kas Turkey