The Underworld Tours of Berlin 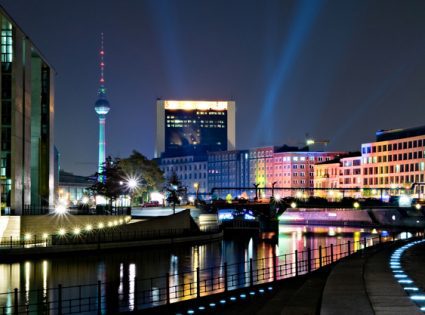 In the Berlin underground train system, there’s a particular green door. Thousands of people pass it every day on the way to work, completely oblivious to what’s behind it.
But here, behind this green door, where no one would think otherwise, you can get a taste of Berlin’s bizarre recent history via the underworld tours of Berlin. At the station named Gesundbrunnen, you can take a tour through the green door and into the underground bunkers that were used to avoid air raids from the World Wars and onwards. The bunker rooms are dank and claustrophobic with low ceilings and thin air.
There are old tubes from the pneumatic dispatch system and remnants from underground breweries.
To the side of the room sits a railway cart that was once used by the Trümmerfrauen (rubble women) to move debris to special rubbish hills after WWII. As you can imagine, a tour of the bunkers gives you a bitter taste of what it was like to live in East Berlin during the city’s most tumultuous times.

These underground tours of Berlin offer something quite unique.
As typical tourist attractions eventually get a little immune and tiring, this particular attraction remains quite mysterious and interesting to explore. Once we had heard of the Berliner Unterwelten (Berlin Underworld) Tours, we just knew it would be something fun and different to explore.

Fortunately, the tours run separately and in various languages, including English. They also offer separate tours that focus on various periods of Berliner history.

If you happen to visit Germany, make sure you do one of the underground tours of Berlin. Chances are that you’ll want to do more than one. The volunteers who run the tours are super knowledgeable and they talk quickly and clearly and pack the tours with all of the gloomy and gory information.