Unexpected Things To Do That Are Weird In London 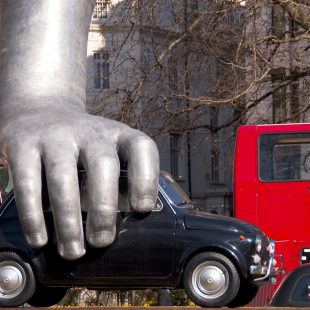 The city of London is a special place. Filled with rich history and architecture, the streets are filled with historical sites, delicious eateries, and fun entertainment.

For some, this may be all the excitement that one desires on a holiday. But for others, they may be looking for something more unique and strange to explore.
It’s great to see the main attractions that a city has to offer. Sometimes it’s fun to do something totally out of the norm every now and again. A city with so much history and culture, it’s easy to find things to do that are weird in London. Are you into fans? Not the kind that keeps you cool by a motor, but the kind that your wave in front of your face when it’s hot out. Yeah, those fans…Well, if that is something you want to see, the Fan Museum is the spot. It’s more extensive than one would ever imagine. There are literally hundreds of fans on display. Some of them are the most expensive fans from all around the world. A unique variety of Tortoise fans and ivory fans are amongst the collection. The rest you’ll have to come and see for yourself.

Surely we all have heard of time travel, but here is an observatory of all things time.
If you could be in the past, present, and future at the same time, would you do it? Don’t get any crazy ideas, we’re not sticking you in a time machine, all you need to do is visit the Royal Observatory in Greenwich. The time here is zero, Greenwich Mean Time! So get your picture standing half on the east and half on the west. From here you can head over to the exhibits inside which showcase atomic clocks, telescopes, and other objects about time.

Welcome To The 18th Century A bit of a different way to ‘time travel” would be entering the Georgian building of Spitalfields. This 18th century home is a place that gives you a homey feel as it looks like actual residence occupies the home. The candles are lit, the beds are not tidily made, and it even goes as far as meals on the table that are only half eaten. Creepy and weird but kinda cool right?

This next spot is certainly not for the easily scared or squeamish. Be sure to brace yourselves before entering the Hunterian Museum. Some may be shocked to see what’s on display here. If you were ever curious about what your insides look like, here’s where you can come to see it, in the flesh, literally. All sorts of body remains are preserved in glass jars and set out for those weirdos who want to see things such as digestive tracts, genitals, and other assorted body parts, human and animal.

People live in New York, LA, and London all their lives and only come across a celebrity once or twice if they’re lucky. Folks visit these cities in hopes of catching a glimpse of the stars. So if you were given the chance to see several famous people at once, it’s pretty likely you would be star-struck.
This is of course with a twist, because this is a list of weird things, after all, so get your celebrity spotting eyes ready at the Highgate Cemetery. People like Karl Marx, Douglas Adams, and other famous residents are here every day for a visit. There are many weird things to do in London, depending on what time of year it is and how willing you are to explore. Imagine all of the history, ghosts, and vacant buildings that all have stories just waiting to be told.

For more information on making the most out of a trip to the city of London visit the official London city guide.